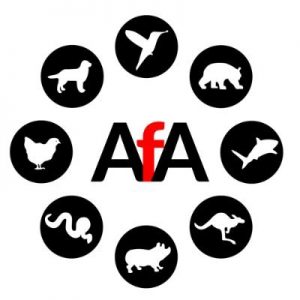 Friends of the Orangutans (FOTO) had previously called on Datuk Zurinah Pawanteh, Secretary-General of the Ministry of Energy and Natural Resources (KeTSA) to cancel the impending transfer of three orangutans to Melaka Zoo, a zoo two hours south of Malaysian capital Kuala Lumpur.

We had also explained in our article not only that Melaka Zoo should not receive the orangutans, but the zoo should not be in possession of any great ape species.

Almost 20 animal-based organisations worldwide have now joined FOTO in asking for the transfer of orangutans to Melaka Zoo be cancelled.

On 13 November, the Asia for Animals Coalition sent a letter to the director of Melaka, Zanariah Khamis, to urge the zoo to cancel the transfer. The letter, co-signed by 19 esteemed NGOs including Four Paws, Humane Society International and Animals Asia, is available here.

Like FOTO, the Coalition also believes that Melaka Zoo should not be in possession of any great ape species.

A copy of the letter was sent to Datuk Zurinah and Dato’ Kadir Abu Hashim, Director-General of PERHILITAN, the Peninsular Malaysia wildlife department.

The Coalition also asked Ms Zanariah to allow Melaka Zoo’s lone orangutan, Mardia, to be transferred to the Matang Wildlife Centre and Coco, the only chimpanzee at the zoo, to Singapore Zoo, the birthplace of the chimp.

In a 20 November email to FOTO, the Sarawak Forestry Corporation, a Sarawak state government entity, informed us that the Matang Wildlife Centre is unable to accommodate Mardia due to lack of capacity at the sanctuary.

FOTO urges PERHILITAN to transfer Mardia to a different zoo that has orangutans, one that is guaranteed to meet her needs. Breeding must be avoided.

Singapore Zoo has not informed if it can and will offer Coco a new lease of life. Tweet to Singapore Zoo to ask it to stop Coco’s suffering. CLICK HERE to tweet now.

Tweet also to PERHILITAN to ask the department to cancel the transfer of orangutans to Melaka Zoo, and to send Mardia to a zoo that can meet her needs. CLICK HERE to tweet to PERHILITAN now.