In June last year Malaysian palm oil company BLD Plantation Berhad announced its plans to clear 14,000 ha of carbon-rich peatland in its Sibu’s concession in the next two years. Unless stopped, BLD Plantation will cause further serious environmental damages particularly on the climate, emitting vast amount of carbon dioxyde into the atmosphere in the process. 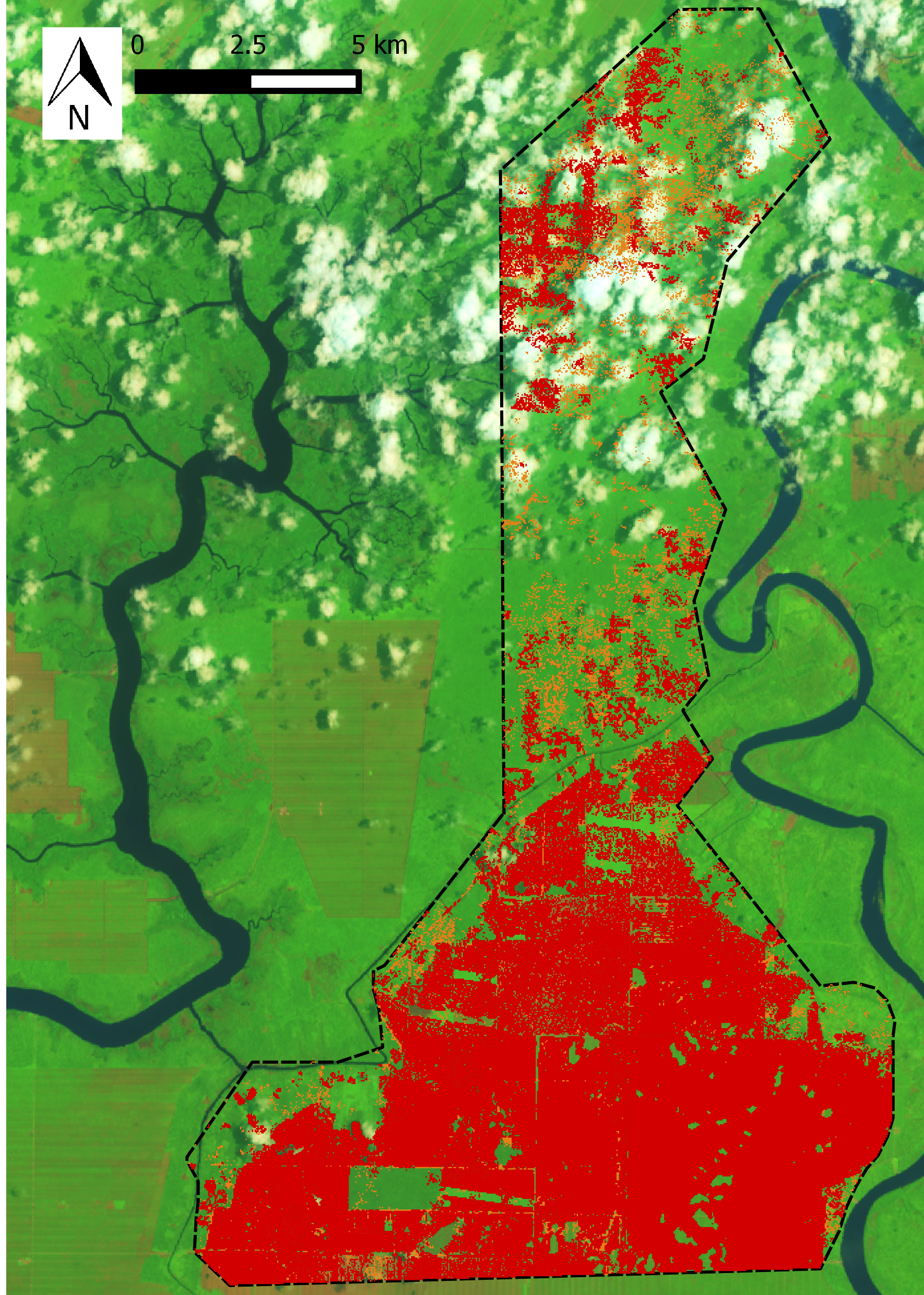 Right now rampant peatland clearing is ongoing and the company is now focusing on the northern and center part of the concession while the southern part is already mostly cleared and planted with oil palms. Between 2001 and 2015 (BLD was given license to develop the concession in 2000), over 10,300 ha have been slashed by the company inside the concession. Over 10,300 ha of peat swamp forest that use to be utilized by the local communities for hunting, fishing and planting fruit trees are now gone forever. 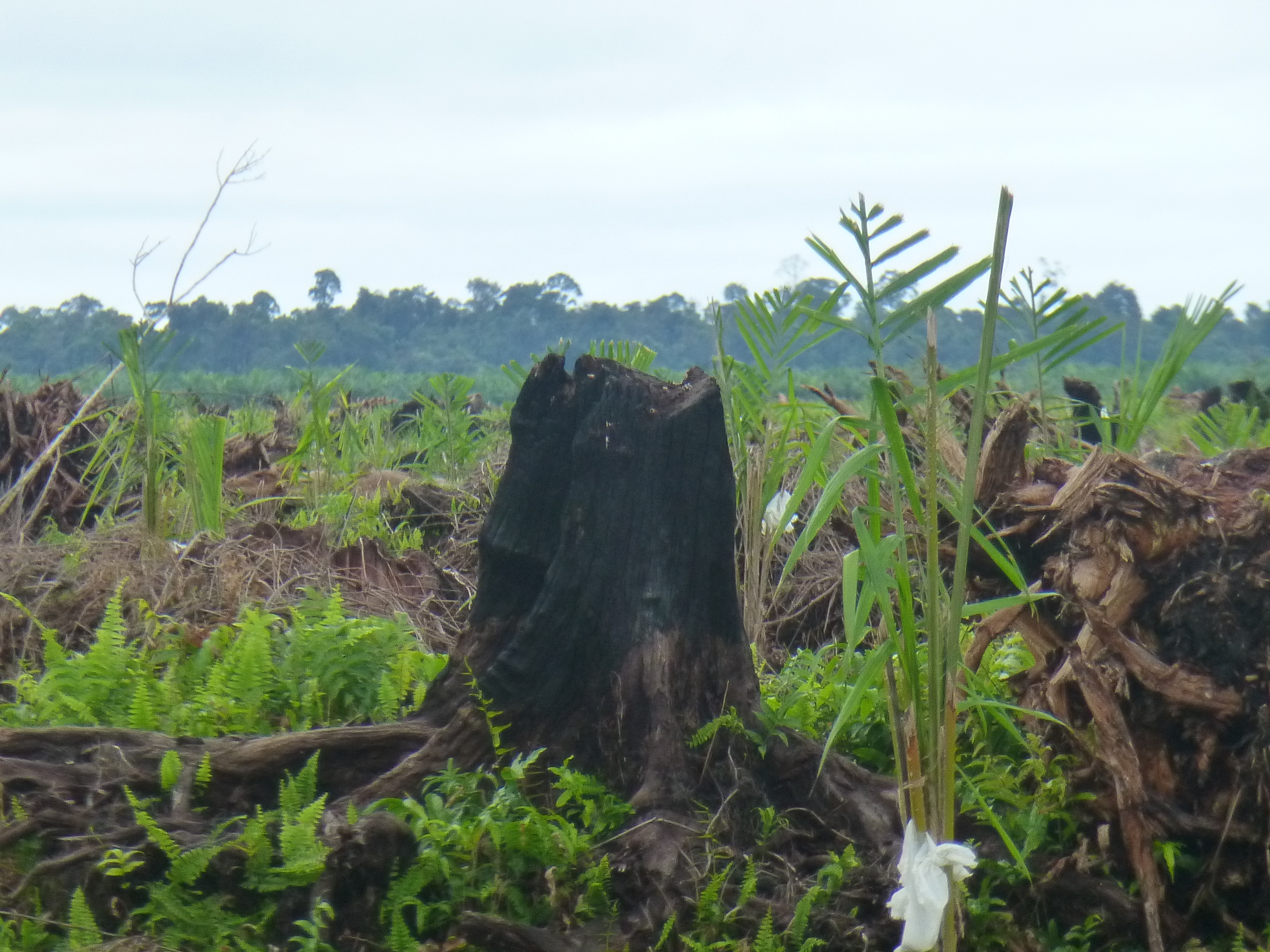 Cleared land using open burning in BLD’s concession. Young oil palms already planted. At the background stands peat forest that used to occur over all BLD’s concession area before they cleared it.

At the end of August, FOTO contacted BLD Plantation asking them to stop further clearing activities and to adopt a strong and robust ‘No Deforestation, No Peat, No Exploitation’ policy which also covers BLD’s suppliers and subsidiaries and to resolve land grabbing complaints by the local communities. An equivalent area should also be restored to compensate the one already cleared. Until this day we are yet to hear from the company.

Measurement of peat depth in the BLD concession. We recorded a depth of at least 5.2 meters.

A meeting with the Sarawak chief minister Adenan Satem and his delegation has taken place on Thursday 1st of October gathering International organizations Rainforest Foundation Norway, the Union of Concerned Scientists, Center for International Policy, local group SADIA, environmental lawyer Harrison Ngau and Friends of the Orangutans. A formal request has been brought to the chief minister itself, who has previously banned any new conversion of forests into palm oil plantations, to push the company to stop deforesting.

Despite the indisputable evidences of clearing and many attempts to ask the chief minister to stop BLD the company continues to destroy peat forests to plant palm oil. We have not received any reply to our emails to the chief minister’s office.

Furthermore local communities’ NCR (Native Customary Right) lands have been encroached by BLD while the peat swamp forests are trashed…that makes at least two really good reasons to make BLD stop the clearing! One case of land-grabbing by the company on the NCR lands of the Iban from Tutus will be brought to court in February 2016.

FOTO is now focusing on targeting BLD’s financiers and customers. We contacted all the banks for which we have evidences they financed at some point BLD Plantation or one of its direct subsidiary to alert them of the ongoing illegal and unethical activities undertaken by their client and to ask them to promptly address this issue accordingly. We are in contact with Malaysian bank Maybank that we know provided BLD’s subsidiary with over RM 390 Million of loan. They might be BLD’s main banker. In the other hand, with help from Rainforest Foundation Norway we sent out letter to a listing of European and US companies that purchase palm oil products, therefore potential clients of BLD, asking them to review their supply-chain and if sourcing from BLD to stop any activity with them.

You can also read our press releases, links below: