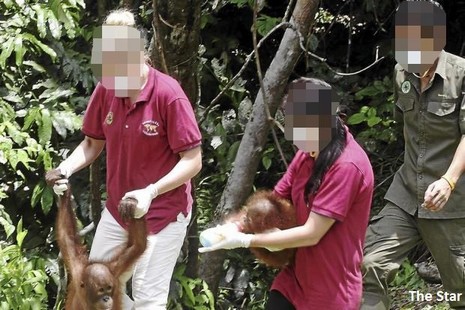 Travellers Worldwide is a British company which offers volunteering opportunities around the world. One of these places is at the Sepilok Orangutan Rehabilitation Centre (SORC) in Malaysia. SORC is owned and managed by the Sabah state government. According to the website of the Sabah Wildlife Department (SWD), “The aim of Sepilok Orangutan Rehabilitation Centre is to return orphaned, injured or displaced orangutans back to the wild.”

Volunteers organised by Travellers Worldwide (TW) are placed for four weeks at SORC before a different group of 12 volunteers arrive to replace them. According to TW’s website (as of October 2019) each volunteer pays $3,180. Among other activities at SORC these volunteers are involved in the rehabilitation of orphan orangutans at the centre.

In September 2018 Friends of the Orangutans Malaysia wrote to TW to explain why this practice needs to be changed; TW volunteers can play an important role at SORC but without contact/potential contact with the orangutans undergoing rehabilitation for wild release. Unfortunately TW have thus far not shown us any interest in addressing our concerns. Therefore, in October 2019 we wrote again to TW to ask that the volunteering programme at SORC ceases and we have given a reasonable time frame for this to happen. Should TW refuse, FOTO Malaysia will campaign until the exploitation stops. 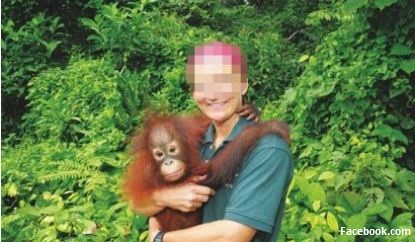 We compared this volunteering practice with two orangutan rehabilitation centres in Indonesia which conforms to International Union for Conservation of Nature’s best practice guidelines for great apes. At both rehabilitation centres only a handful of permanent, full time staff are directly involved in the rehabilitation process of their orangutans. SORC does have full time staff working at the centre on a daily basis but the two Indonesian centres do not allow volunteers to work with orangutans. Infact, one of the centres does not allow any form of volunteering.

Without their mothers orphan orangutans need familiarity, trust and bond with as minimal amount of caregivers as possible in their early years as the apes are guided through the rehabilitation process. Besides, having ever changing personnel working hands on with rehabilitant orangutans increases the risk of the orangutans becoming far too comfortable with humans, thus increasing the instance of human habituation. This could effect the chances of rehabilitant orangutans becoming viable wild release candidates.

Orangutan conservationists have also informed us that the volunteering practice at SORC needs to cease completely. Friends of the Orangutans Malaysia continues to urge Travellers Worldwide to cease the current volunteering practices at SORC and stop the exploitation of Malaysia’s orangutans.