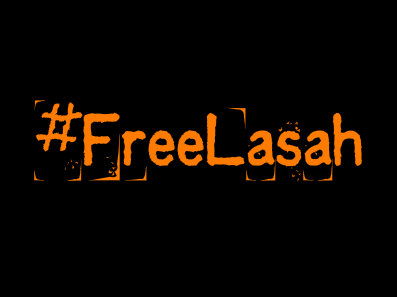 On October 17th the Department of Wildlife and National Parks [the wildlife department of West Malaysia, better known as Perhilitan] responded to our and supporters’ call for Lasah the solitary working elephant on Langkawi island to be transferred to the Kuala Gandah Elephant Sanctuary. It has come to our attention that supporters of the campaign for Lasah were blind copied into the response by Perhilitan and we have decided make public our reply to Perhilitan. Below is their email followed by our response.

We hope to get continued support from you for Lasah. Visit this link for updates and more action you can take.

We have received your letter expressing concerns about Lasah, the elephant in Langkawi Elephant Adventure.

Thank you for your concern on this matter. For your information, the Ministry of Natural Resources and Environment Malaysia through the Department of Wildlife and National Parks Peninsular Malaysia has investigated these allegations and given a written response on the said matter to Malaysian media in July 2016, included here for your reference:(http://www.freemalaysiatoday.com/category/nation/2016/07/17/langkawi-elephant-found-in-good-health-says-parks-official/).

The Malaysian Government is serious and committed to wildlife conservation and protection for a sustainable future for all. Your concerns on animal welfare are very much appreciated. Thorough investigations and checks have been conducted in the Langkawi Elephant Adventures premises and investigations have found the elephant to be healthy. The condition of the premises was also found to be adequate, as it fulfilled the requirements set by the department with wide spaces, shade and such.

We take this matter very seriously, therefore, we would also like to seek for your kind attention and cooperation to verify with us any issue or information so as to help us focus our efforts and resources on issues that are genuine and need to be addressed.

On 18th October Friends of the Orangutans Malaysia responded to Perhilitan. Our email is as below:

Dear Sir,We thank the department for the response provided. It is much appreciated. Kindly see our notes below.

1. The department declared that Lasah is healthy. However, Langkawi Elephant Adventure [LEA] has publicly announced  that Lasah “…has a medical condition that has “bugged us since” that requires them to occasionally prevent sores under the supervision of its veterinarian.” In this instance isn’t the caring and experienced staff at Kuala Gandah Elephant Sanctuary able to provide better veterinary and husbandry care for Lasah at the sanctuary?

“For an animal like Lasah, which has already spent so many years in captivity entertaining people will definitely have a better life in a well managed elephant sanctuary. Better nutrition, more space, adequate water, proper exercise and rest along with social interactions will make its life healthier.”

2. Referring to the 3rd paragraph in the response, please could the department expand what does it mean by “adequate” conditions for Lasah? What standards were used please?

3. Is Lasah chained everytime LEA is closed? According to the Wildlife Conservation (Operation Of Zoo) Regulations 2012 elephants must be provided with a night stall:

Besides elephant experts, respected NGOs have also asked for Lasah to be transferred to Kuala Gandah. They include:

Supporters who were blind copied into the response below have written to us to express their disappointment and frustration at the department’s reaction.

Our organisation is asking for the Natural Resources & Environment Ministry (NRE) and Perhilitan to transfer Lasah to Kuala Gandah on the basis on animal welfare, regardless of LEA’s compliance/non-compliance with the wildlife law. Lasah has suffered for many years and it is time he is given the respect and care he deserves.

We hope to hear from the department/NRE soon. Thank you.