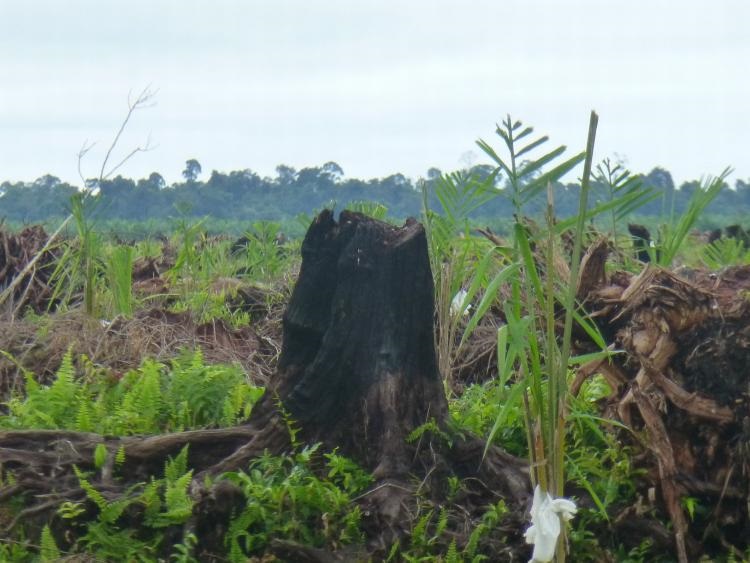 On 25th February Sarawak Report published our press statement regarding BLD Plantation’s continued destruction of peat forests near Sibu, in the Malaysian Borneo state of Sarawak. Below is the full statement. Link to the statement on Sarawak Report’s website can be found here.

After Bunge Limited, one of the world’s largest agribusiness companies, announced last year its suspension of new commercial activity with Malaysian palm oil company BLD Plantation Bhd, BLD’s trading partner Apical Malaysia Sdn Bhd declared earlier this month they would be suspending trade with BLD until the latter addresses the issues brought up against them by Malaysian environmental NGO Friends of the Orangutans Malaysia (FOTO).

This significant action comes after BLD’s peat destroying activities near Sibu violated American headquartered Bunge and Apical’s sustainability policies. According to FOTO other major companies in Asia, Europe and America sourcing and trading palm oil products have been alerted and the NGO’s ally Rainforest Foundation Norway have asked numerous companies if they are in business with BLD.

At this date BLD continues to massively clear carbon-rich peat forests for oil palm agriculture which severely affects the environment and the local communities in BLD’s 20,446 hectares (ha) concession.

“Since year 2000 the amount of peat forest lost in BLD’s Sibu concession has been well over 12,000 ha and before long there might not be any peat forests left in the concession”, attested Upreshpal Singh, FOTO’s Director.

Clearing peat forest for agriculture, especially where it is very deep like in BLD’s concession, has disastrous consequences such as a massive release of carbon dioxide (from peat draining through canals), increased fire risk, and prolonged flooding which will eventually cause the land to be unproductive for agriculture, as has been highlighted in a study by Wetlands International in mid-2015.

In addition to harming the environment BLD’s activities also impact the Iban and Melanau communities whose NCR lands overlap with the company’s concession. According to data provided by the Sarawak Dayak Iban Association (SADIA), the company’s Sibu concession covers about 47% (4,127 ha) of the Iban villagers’ NCR lands in kampung Tutus, one of the affected communities which will bring the case of land-grabbing by BLD to court, scheduled this month. It will not be the first lawsuit BLD will face for land-grabbing allegations by local communities.

Kampung Tutus villagers interviewed by FOTO and SADIA late last year said that their livelihood has been severely affected in many ways by BLD.

According to Upreshpal, FOTO repeatedly contacted the Sarawak chief minister’s office through email after a meeting held in early October 2015 with state premier Tan Sri Adenan Satem to discuss BLD’s transgressions. However, all of the NGO’s emails have been ignored as there appears to be no sign if the chief minister will intervene and stop BLD.

The NGO also contacted banks which had been financing BLD, urging them to investigate their client as BLD’s activities violate sustainable financing commitments made by of several of its financiers.

In early 2015 chief minister Adenan declared “We have enough of that already and we are not going to open up any more [palm oil] plantations”. BLD’s activities are in stark contrast to Tan Sri Adenan’s committment; however the chief minister does not show evidence of his intention to stop BLD from further destruction.

“We are very disappointed we never received any reply from the chief minister’ office when Tan Sri Adenan claims to want to protect Sarawak’s forests. BLD’s unsustainable and destructive activities besmirch Malaysia’s reputation in regard to environment conservation and it looks like it is still business as usual in Sarawak”, concluded Upreshpal.