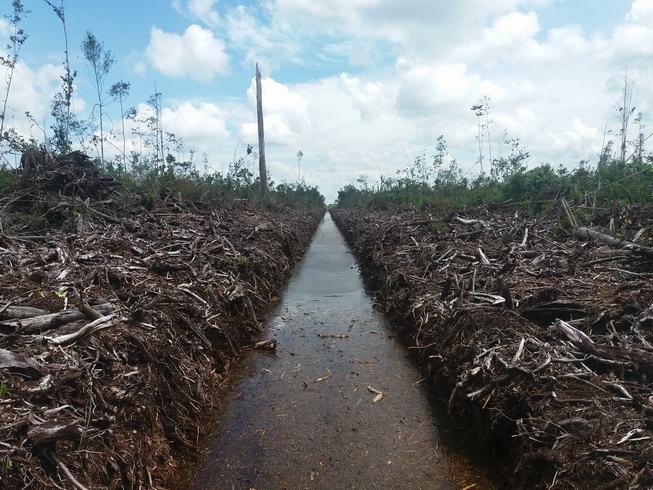 On March 6th the Borneo Post published a scathing article written by Haji Wan Abdillah Hamid, the Executive Director of BLD Plantation Bhd. (BLD), a palm oil company which has been exposed clearing peatland for oil palm plantations near Sibu, Sarawak. Borneo Post published a second article on March 23rd. In both publications Mr. Abdillah questioned the veracity of expose by Friends of the Orangutans (FOTO) and other organizations including Sarawak Dayak Iban Association (SADIA) and Sarawak Report of BLD’s environmentally destructive practices in its concession in the Igan area.

Since BLD obtained the license to plant oil palms in the aforementioned area in 2000, they had cleared over 12,000 ha out of the 20,400 ha concession, at the very least. In the initial publication Mr. Abdillah claims “there were little or no timber trees left standing and could not be classified or maintained as a forest by any definition”. According to the villagers in Kampung Tutus, one of the villages in Igan which have been affected by the company, even after year 2000 the area surrounding their village (also part of their NCR land) was still forested and they had used it as a mean of subsistence before BLD cleared and replaced it with oil palm plantations. As a result, Kg. Tutus villagers are dragging BLD (and another palm oil company) to court to win their NCR lands back. Alarmingly, we have been informed by a villager of intimidation by the company related to BLD’s legal embroilment. 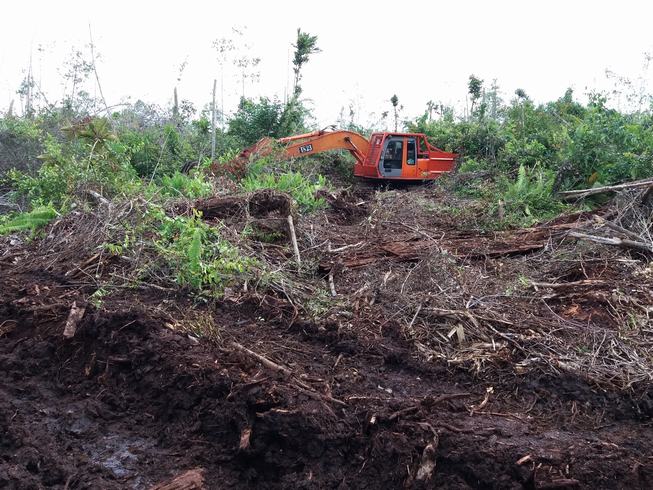 BLD claims its relationship with local communities is productive, amicable and cordial. Based on investigation by FOTO and our partners these claims appear to be quite contrary. The company claims it has helped build houses, a school and even provided electricity for villages in its concession. One village, when informed of this claim, scoffed the company. Investigation in other villages in the concession barely showed any sign of development. Thus, we urge BLD to make public its claims of development.

Mr. Abdillah mentioned the creation of jobs for locals by BLD. How many of its employees are Sarawakians? We have been informed by several villages a good number of its residents have sought jobs in Sibu city and elsewhere as after BLD had converted forests into oil palm plantations what was previously available in the forests (e.g fruits,vegetables, meat) now had to be bought. But why have those villagers forced to look for employment work elsewhere and not for BLD? Could it be because the company employs foreigners mostly? Some local employees interviewed claimed the company paid them poorly. Some locals might have benefited financially from BLD, but how many have, compared to those villages who have suffered losses?

Foreign workers inside the concession, when interviewed, informed their passports are withheld by the management. Will BLD explain? Isn’t it illegal to keep hold of its employees’ passports? 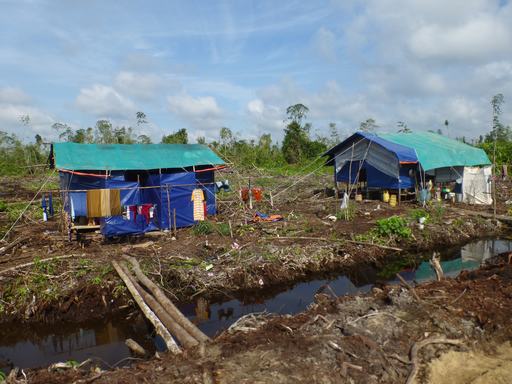 On the environmental side of things Mr. Abdillah accused FOTO of “slanderous allegations” and questioned the veracity of our and other organizations’ reports after we exposed BLD of clearing carbon rich peatland to establish oil palm plantations. All reports are verified by satellite images, photographs and interviews of villagers in and outside BLD’s Igan concession before they are made public.

Photographs have proven the company’s continued construction of canals to drain very deep peat in preparation for even more oil palm plantations. It is therefore ironic that the writer claims to be concerned about climate change and “exercising good environmental practices” while BLD continues to do great harm to the environment. FOTO strongly encourages BLD to make the Environmental Impact Assessment (EIA) of its Igan concession public.

BLD’s Executive Director stated that “KTS and/or BLD are willing to participate and engage with anyone having genuine intention and professionalism in exercising good environmental practices“. However, our emails to BLD have never been replied to and the management refused to address our concerns through phone calls. In fact, in one of our emails we offered the company assistance in drafting a ‘No Deforestation, No Peat and No Exploitation’ policy as it appears the company does not have any sustainability policy. Could it be because the company would be forced to stop destroying forests including on peatland if they did?

In 2015 Bunge Limited, an American based agribusiness giant suspended trading with Kirana Palm Oil Refinery Sdn. Bhd., a subsidiary of BLD. Why would they do so if BLD didn’t do anything wrong?

Sarawak chief minister Adenan Satem has previously announced “we (state of Sarawak) are not going to open up any more plantations” and “We should not reduce forests and other natural resources to make money and put our future at risk”. So why are BLD allowed to continue destroy peatland in Sarawak at the expense of the environment? Is it business as usual for the ‘Big Six’ of Sarawak?

BLD’s continued destruction of Sarawak’s peatland has gotten global attention and brings much embarrassment to Sarawak and Malaysia, especially when much of Sarawak’s forests have been decimated and countless indigenous locals have been affected by the destruction.