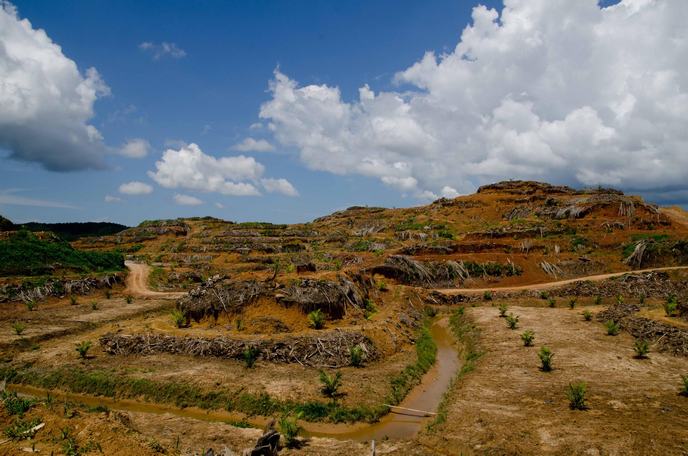 On 22nd January, Mr. Pierre Bois d’Enghien, an RSPO auditor and self-proclaimed “environmental expert” produced an extremely misleading article published by The Star. In it, d’Enghien claims Malaysia’s forests have grown and that “forest loss has effectively fallen to zero”. You can read d’Enghien’s article in full here.

Below is Friends of the Orangutans’ reply to d’Enghien’s piece:

It is with disappointment that we read Pierre Bois D’Enghien’s summary (‘Malaysia is green and growing’, The Star, 22 January) of the Malaysian forest situation as published in the Global Forest Resources Assessment (FRA) 2015 report. D’Enghien implies states that “Malaysia’s forest area is increasing, not decreasing.” This is misleading as researchers and scientists have shown Malaysia as having an extremely high rate of deforestation, which contrasts the claims made by D’Enghien.

Closer inspection of the FRA report by the FAO [Food and Agriculture Organization of the United Nations] shows that the figures have not been prepared by an independent international committee, but rather by the Malaysian government. In view of long-standing concerns about greenwashing by the Malaysian government, it is especially important that claims about the Malaysian rainforest are cross-checked by independent environmental groups locally and by reliable & independent international monitors. While some of the contentious claims made by D’Enghien are worth correcting.

D’Enghien’s piece states that Malaysia’s forest area today is 22,195,100ha or 67.6% (more than two-thirds) of the land area.  ‘Forest area’ is a dubious term as forest areas area might not have any natural forest in it. The correct term to use is ‘forest cover’.

He also claims Malaysia’s forest cover, according to Global Forest Watch [GFW], stands at 29,000,000 hectares, an “upward of 80%”. The term used by GFW is ‘tree cover’ and not forest cover. Tree cover describes all trees and vegetation taller than 5m, including palm oil plantations, but palm oil plantations cannot be classified as forest as it cannot match natural forests in terms of carbon storage, biodiversity and maintenance of our precious ecosystems. D’Enghien – an ‘ambassador’ of The Oil Palm, initiated by Malaysian Palm Oil Council (MPOC) – is trying to tell Malaysians we have an abundance of natural forests left when the reality on the ground is different.

A finding by National University of Singapore (NUS) scientists revealed Malaysia had (at best) 45.4% forest cover in year 2010, a loss of 13.2% since 2000. Between those 10 years our country lost an astonishing 45.3% of forest cover on peatland. More recent data shows between 2012 and 2014 our country suffered 484,700 hectares of forest cover loss.

Thus it is extremely misleading and unethical, when the writer claims that Malaysia’s “forest loss has effectively fallen to zero.”

Meanwhile, the FRA report states that between 1990 and 2015 Malaysia gained over a million hectares of primary forests, which is highly impossible and contentious considering the rate of deforestation. Our government has possibly reclassified certain areas as primary forests.

D’Enghien invites us, the Malaysian people, to be proud of the FRA report. He suggests we “should look to its findings to challenge the international media and those who intentionally spread misinformation about Malaysian palm oil.” We, as Malaysians, have looked at this report and other reports and found nothing to be proud of. We have lost the Sumatran rhino in Sabah, orangutan & elephant numbers are dwindling, indigenous locals’ lands are stolen for plantations and rampant deforestation, including on peatland, continues. Here is just one example.

Our palm oil industry has helped many Malaysians to make a better living (we don’t mean the opulent corporations). Palm oil is a productive crop but production must not be at the expense of the environment and people.

While the MPOC may be a lobby group for the Malaysian palm oil industry, it has the moral obligation not to mislead the Malaysian public including through greenwashing, which the MPOC will be very familiar with. By all means, extol the putative health benefits of palm oil if you must; but distortions of fact and outright lies are not only ethically unsound, in this case they are also robbing us of our natural home. Malaysia may be “green and growing,” as proclaimed in the title of D’Enghien’s opinion piece, but in this sea of green, we could ultimately die of thirst and polluted air, wiping out Malaysian wildlife along the way.

Director, Friends of the Orangutans (Malaysia)