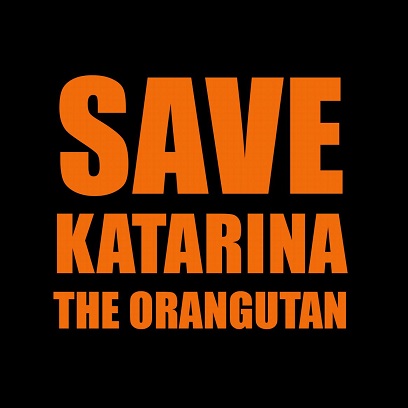 While imported pandas from China are given VIP treatment daily at Malaysia’s Zoo Negara, Katarina, an orangutan who spends her days alone in squalid and deplorable conditions, is given quite the opposite treatment at the Kuala Lipis Zoo in the state of Pahang.

Katarina is a victim of the illegal wildlife trade. She was kept as a pet and after she became too big to handle was given up to the Lipis zoo, three years ago. She is estimated to be between 10 and 12 years old.

Visitors can freely feed Katarina junk food or even try to get her smoke cigarettes. There is no supervision of visitors and the zoo is not in a state to meet the needs of Katarina, as it is also severely underfunded. She is the only orangutan there and needs to be moved so that she can start to exhibit natural behaviours in an environment more suited to a sub-adult orangutan.

Katarina receives no enrichment. Her night cage is completely void of any bedding nor enrichment tool and she is forced to sit on cold concrete everyday for at least 12 hours after the zoo is closed.

After suffering for many years, it is time she is relocated to the Matang Wildlife Centre in Sarawak, where the Sarawak Forestry Corporation (SFC) provides captive care for orangutans at its sanctuary.

At least RM 60 million ($18 million) has been spent on two pandas from China. The least that can be done for poor Katarina is for the Environment Ministry Malaysia to take her out of her misery and send her to the Matang sanctuary.

Please help Katarina by taking action as per below to get Katarina relocated to the Matang Wildlife Centre sanctuary urgently.

Thank you for caring about Katarina.