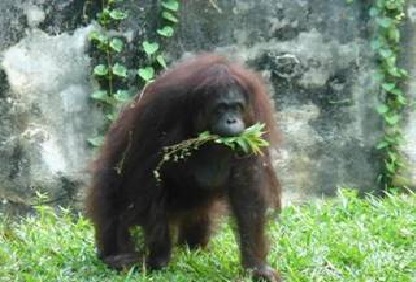 Mardia and her daughter Icha are two Bornean orangutans at the Melaka Zoo in Malaysia. Early last year Friends of the Orangutans provided assistance to this zoo to help them reduce the weight of Mardia, who can be seen as obese in the first photo below (from November 2014). Last month, our visit to Melaka Zoo showed Mardia has lost much weight and is now more active in the orangutan enclosure.

We have also assisted the zoo with their enrichment plans. And so have other organizations. The zoo now provides enrichment to Mardia and Icha. In one photo below both orangutans are seen in a hammock playing with browse.

Obesity, short inter-birth interval and human rearing are some of the factors influencing the longevity of captive orangutans. 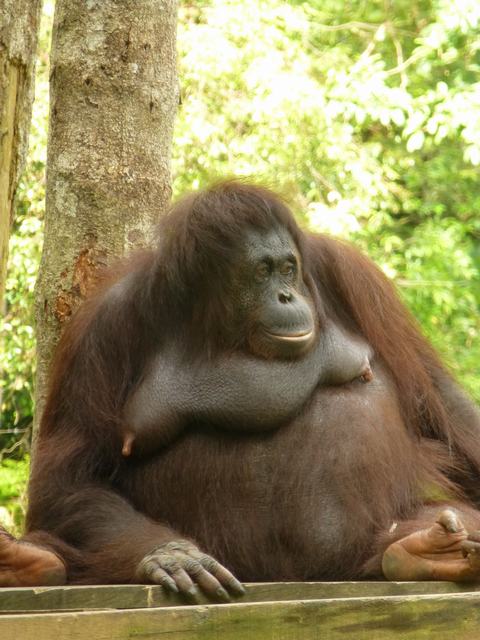 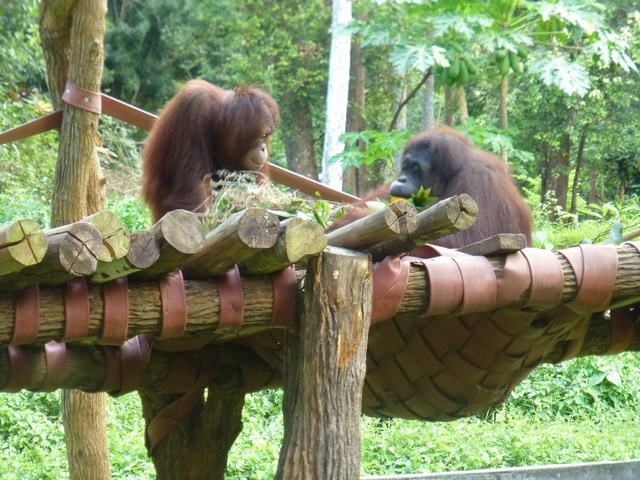 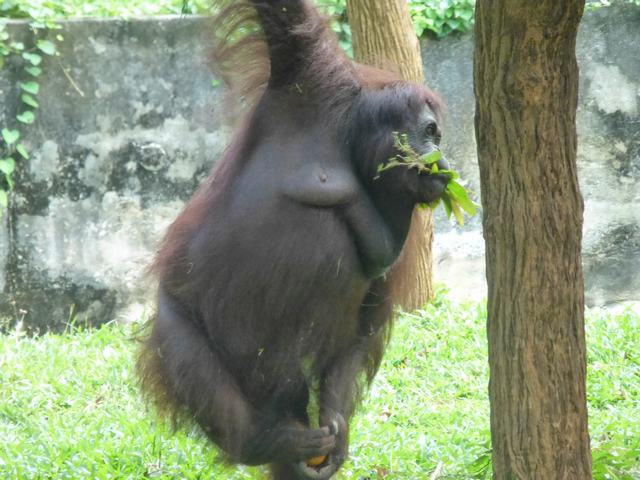