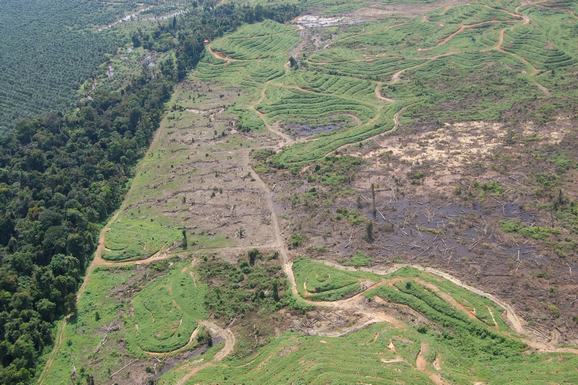 Free Malaysia Today yesterday published Friends of the Orangutans’ press release regarding the threat of further conversion of forests in the Kinabatangan region of Sabah to agriculture crops like oil palm.

Read the PR in full below. We will post further updates on our work to protect forests in our website.

PETALING JAYA: Only three of the eight palm oil companies in Sabah that were contacted by NGO Friends of the Orang-utans (FOTO) have made “No Deforestation” pledges.

According to FOTO director Upreshpal Singh, so far only Kuala Lumpur Kepong (KLK), Wilmar and Felda Global Ventures (FGV) reiterated their commitment to help protect forests through their “No Deforestation” pledges and acknowledgement of High Conservation Value (HCV) areas.

The NGO claimed they have yet to receive a reply from IOI Group, Graphene Nanochem (Malaysia) and Kwantas Corporation Berhad while Sawit Kinabalu replied to say they did not currently procure CPO from the Kinabatangan region.

Upreshpal explained it was vital there was no further deforestation in Kinabatangan to ensure remaining wildlife habitat in the region including that of orang-utans remained intact.

“Orang-utan habitats in Kinabatangan have been severely decimated mostly from palm oil development and in this case locals are at risk of losing their investment as most of the area mentioned in the scientific paper is prone to flooding.

“Deforestation for whatever purpose will be a lose-lose situation for all,” he explained.

Upreshpal also said commitment by palm oil companies in Sabah to help protect forests in Kinabatangan would help the Sabah State government to cancel any possible oil palm leases on undeveloped land in areas that would either be unproductive or of major conservation value as described in the scientific paper.

“We thank FGV, KLK and Wilmar for their diligence in protecting forests though we acknowledge there is always room for improvement with regard to deforestation.

“In the meantime we will continue to engage with the other companies we have contacted”, Upreshpal concluded.