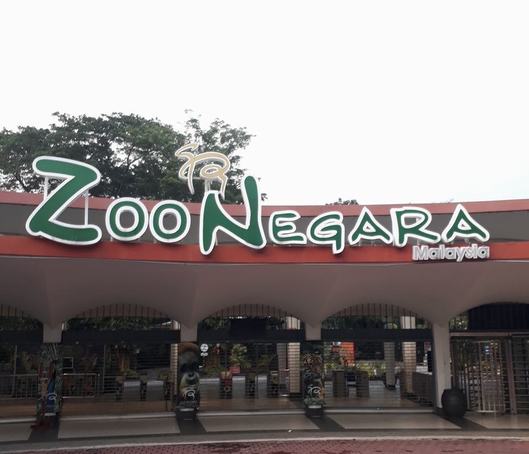 In May this year, Friends of the Orangutans (FOTO) exposed a dark side to Zoo Negara. Unbeknownst to the Malaysian public, the zoo had been keeping most of its chimpanzees and Sumatran orangutans in indoor dens so small that its size was not compliant with the 2013 Wildlife Conservation (Operation of Zoo) (Amendment) Regulations.

On 22 January FOTO provided several photos of Zoo Negara chimps and Sumatran orangutans in their indoor dens to PERHILITAN, the Peninsular Malaysia wildlife department, and we asked if the size of the dens was compliant with zoo regulations.

On 1 April we received the department’s feedback through the Malaysian Public Complaints Bureau (PCB). A complaint was lodged with the PCB as PERHILITAN did not respond to our follow-up email about this matter.

In its response, PERHILITAN confirmed that the size of 37 of 38 indoor dens, used to keep the chimps and Sumatran orangutans outside Zoo Negara’s visiting hours, was not compliant with the amended 2013 zoo regulations.

Based on a 5 October email from the department, it appears that Zoo Negara has taken corrective measures to ensure its ten chimpanzees and Sumatran orangutans are now kept in dens which size comply with zoo regulations.

However, despite Zoo Negara’s remedial action, we had already established that it was not compliant seven years after the 2013 Wildlife Conservation (Operation of Zoo) (Amendment) Regulations took effect.

As there were no signs Zoo Negara would be prosecuted, FOTO wrote to Datuk Zurinah Pawanteh, Secretary-General of the Ministry of Energy and Natural Resources (KeTSA) to inform her of PERHILITAN’s apparent reluctance to uphold the law.

More than five months after we revealed Zoo Negara’s non-compliance, PERHILITAN has not informed the public if punitive action will be taken against the zoo.

In 2012, a former ministry chief indicated that zoos were given six months to comply with the then-new zoo regulations, which we believe is the 2012 Wildlife Conservation (Operation of Zoo) Regulations, the principal zoo regulation in Peninsular Malaysia, or face closure. The 2012 regulations also specify the minimum indoor den sizes for zoo animals.

PERHILITAN might have given zoos more time to comply with both the 2012 and the amended 2013 regulations, but it’s undoubtedly not seven years.

In May this year, we demanded Zoo Negara to stop the breeding of its chimps and orangutans. We also asked the zoo to provide evidence to the Malaysian public about how its wildlife ‘research’, ‘conservation’ and ‘education’ (as stated on the Zoo Negara website) helps to protect the habitat and increase the wild population of all animal species the zoo maintains.

The Zoo Negara management has yet to respond.

Captive breeding of chimps and orangutans is not conservation and intentional breeding of these animals to only keep them captive for life is unethical. Genuine conservation initiatives involve activities such as protecting the apes’ habitat. Research has shown that even under the best conditions, captive chimps display signs of compromised mental health.

In June, we had asked PERHILITAN if the department was aware of Zoo Negara’s non-compliance before the department investigated the zoo after our enquiry was made. PERHILITAN has not answered this question. The department does conduct annual zoo audits, and its 2018 annual report articulates:

“An annual audit is conducted to ensure that every Zoo and Permanent Exhibit premises are always in compliance with the requirements of the Wildlife Conservation Act 2010 [Act 716] and its subsidiary regulations.”

As Zoo Negara appeared to have only acted on its non-compliance after being exposed, either PERHILITAN is incompetent at zoo audits, or the department turned a blind eye to Zoo Negara’s non-compliance until FOTO’s enquiry about the size of the dens early this year.

Is the size of all indoor dens and cages at Zoo Negara and zoos across the peninsular compliant with zoo regulations?