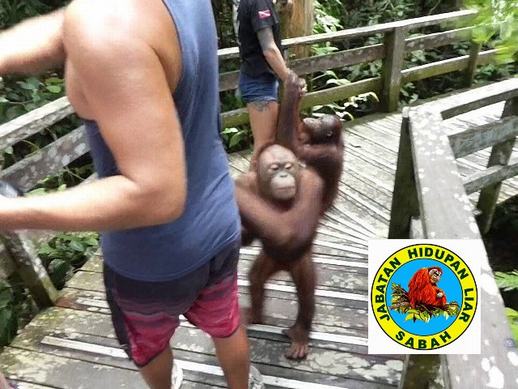 The Sabah Wildlife Department (SWD) is appealing the public to donate to the controversial state-owned Sepilok Orangutan Rehabilitation Centre. However, it will not show transparency about the future six Sepilok orangutans and has not informed if investigations were carried out to determine what happened to the mothers of two orphaned infant orangutans now at the centre.

The SWD appears to have set up the Sepilok Orangutan Trust Fund. In a 15 November post on the department’s education unit Facebook page, details were provided on how the public can donate to the centre: to pay for the care of orangutans at the SORC. 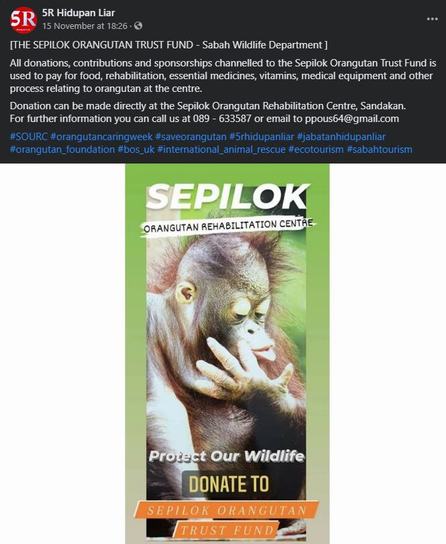 Friends of the Orangutans have previously revealed that tourism at the SORC does not abide by the International Union for Conservation of Nature’s (IUCN) great ape tourism guidelines. As our article explains, tourism should not take place at the SORC, and we have narrated the adverse effects of tourism on orangutans at the centre.

For months the SWD has remained silent about welfare concerns for six orangutans at the SORC; apes whose futures are uncertain and legitimate questions about their ability to live independently in a forest have been raised. The six orangutans are humanised apes and humanisation, which is the over-habituation and overdependency on humans, may fail an orangutan’s successful return to forest life and doom the apes to a life of captivity.

Hands-on paid volunteering practice, which took place at the SORC for over 15 years until early 2020, and unsustainable orangutan tourism increased the risk of humanisation among orangutans at the SORC, putting the apes’ future in jeopardy.

In September, we asked the SWD if it conducted investigations to determine the fate of the mothers of a couple of orphaned orangutan infants. The department has yet to answer, and yet it also allows public donations to be collected for the two infants.

Even more worrying, we recently questioned if an orangutan was needlessly euthanised at the SORC. The SWD has not confirmed or denied the allegation.

Now, the SWD, which previously sanctioned the supply of orphaned infant orangutans to a luxury hotel in Sabah on the pretence of rehabilitation, is requesting donations for the SORC.

It is worth remembering that distinguished and ethical orangutan rehabilitation centres in Indonesia are NGO-run and do not receive financial support from the Indonesian government. Is the SWD asking for donations because the Sabah state government is not able to adequately fund the SORC, a centre where for years orangutans have been used to increase profits for the state?